In the Chinese Super League title match between Guangzhou Evergrande and Hebei Huaxia Fortune, Wei Shihao came back as a substitute to help the team to overtake, and then he scored a goal, which is the absolute contributor to Evergrande's 3-1 reversal. After the game, Guangdong media "Nanfang Daily" commented on Wei Shihao's performance: Although it has been a long time, Wei Shihao is still Wei Shihao. 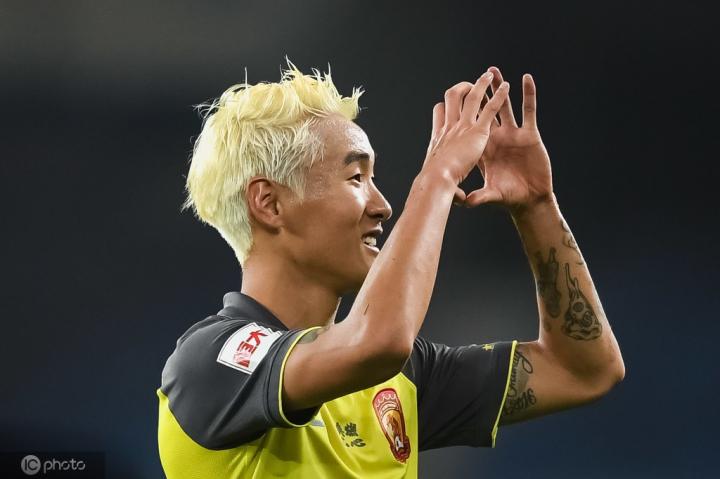 Before this game, Wei Shihao had already missed nine league games due to injury. This time he finally ushered in a comeback against Hebei and entered the team's bench. In the first half of the game, Evergrande's performance was lower than expected. Not only was Hebei scored first, but the team's offensive performance was also unsatisfactory.

In this case, Cannavaro changed four people in a row at halftime, and Fernando, Wei Shihao, Xu Xin and Wu Shaocong came on the bench. In the 65th minute, Wu Shaocong used a calm push to help Evergrande equalize. After that, Wei Shihao, who dyed yellow hair, took over the game.

In the 86th minute, he actively scrambled to create a penalty kick. Exxon shot to overtake the score. In stoppage time, Wei Shihao used a corner kick to ambush at the back point and scored his rare header goal.

After the game, Wei Shihao also said in an interview: "The two months I can't play football are really sad, so I cherish the time I can play football more."